MCT Ketone Energy provides 14 grams of MCT per tablespoon to support energy metabolism and production. Also known as octanoic acid, caprylic acid is an eight-carbon MCT naturally present in coconut and palm kernel oil. As it is rapidly absorbed, directly transported to the liver, and easily crosses the mitochondrial membrane to undergo oxidation, caprylic acid is an efficient fuel source that has a low chance of uptake by adipose tissue.

Acute intake of 10 g of caprylic acid has also been shown to increase the formation of ketones, which are normally produced by the liver when glucose availability is low, such as during fasting or strenuous exercise. In addition to providing energy for tissues such as the heart and muscle, ketone bodies become the main alternative fuel source in the brain when glucose availability decreases.

One clinical trial reported that caprylic acid was the most ketogenic MCT when compared to coconut oil, capric acid (C10:0) or a combination of oils. MCT have also been suggested to support energy production and performance during exercise by regulating mitochondrial function and carbohydrate use, and may contribute to a negative energy balance by increasing energy expenditure. 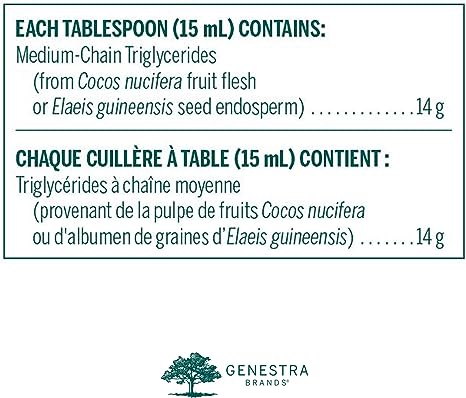